For three decades the Mercedes-Benz E-class Coupé is combining elegance and exclusivity. And the topless Cabriolet version turns 25 this year. I experienced both in the countryside outside Barcelona.

Lately Mercedes-Benz proofed impressively, that they are having a knack for creating alluring new derivatives of existing models. The new E-Coupé and E-Cabriolet are no exceptions. They are the 6th and 7th model spinning off the E-Class chassis, introduced in 2016. The E-class Coupé is in its sixth generation since 1968, when the W114 had been designed by Paul Braq. The brand-new topless E-class is following in the tracks of the C300 CE-24 Cabriolet, which had been launched in spring 1992. A perfect excuse for Mercedes to offer a limited editon 25th anniversary model in an absolutely gorgeous one-off rubellite red colour in addition to the regular convertibles. 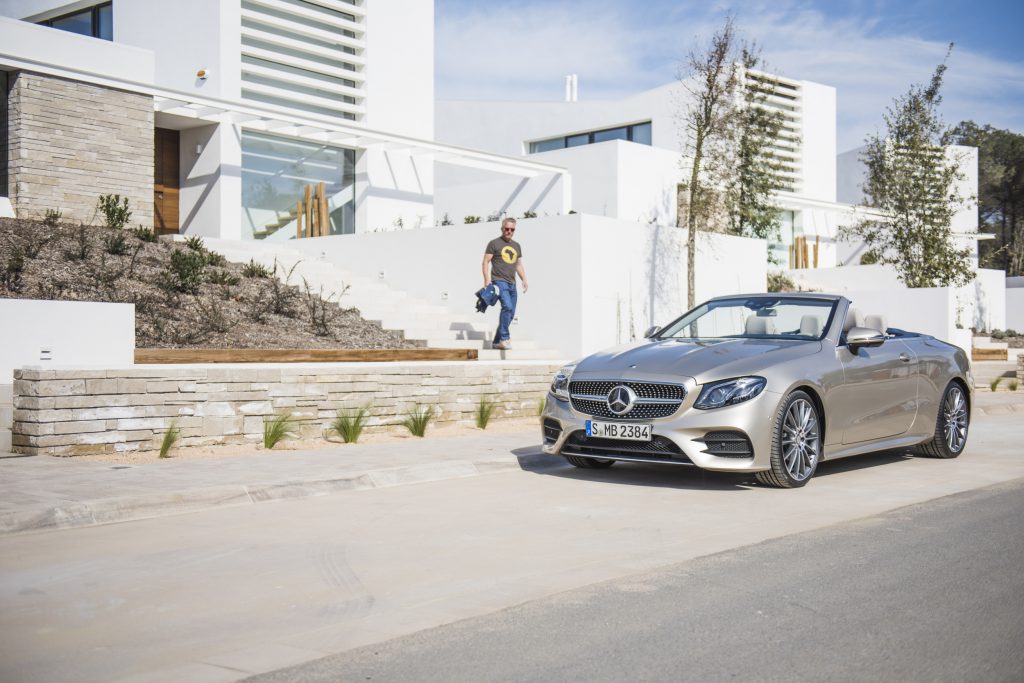 The two-door E-class versions are the perfect size between S- and C-Coupé/Cabriolets. Surprisingly they are longer (13cm) and slightly wider (7cm) than the E-class saloon, but with a shorter wheel-base. Making them look much more muscular and creating a derrière to die for. And while the predecessors were build on a C- and E-class chassis mix, the new two-doors are based exclusively on the E-class.
The absolutely quiet fabric roof with glass, which opens and shuts in 20 seconds and up to speeds of 50km/h is turning the convertible into an all-year round proper four-seater. And with the optionaI 4MATIC all-wheel drive you can even drive it through snow in European winters. It shares the front and hood, including the power domes of the Coupé.

The last time I encountered a topless real four-seater car that luxurious, spacious and quiet was, when I cruised the Cape in a Rolls Royce Dawn. The E-class is very close to this epitome of luxury, albeit significantly more ‘affordable’.
There are several creature comforts for driver and passengers, from the Aircap wind protection, via Airscarf in the seat head rests to the optional heated seats in the rear. Magic vision control describes the innovative new wipers blades, that are water fed and heated and don’t wet the occupants, when the driver decides to clean the windscreen, while being topless.
The two-seater E-classes can get wild and loud in Sport+, but they are better enjoyed in comfort mode. Relaxed cruising is what they are really made for. With the occasional burst of power, when you have to get rid of an obstacle in front of you on those twisty Catalanian country roads. By the way, if you don’t like convertibles, but still enjoy copious amounts of fresh air, you can lower all four windows and open the sun roof. Thanks to the B-pillar-less construction this is as much air condition as you can get in a Coupé.
Last but not least the new E-class two-doors are much more friendly than their predecessors. They greet and bid farewell to the driver with a light show on locking and unlocking the car. Especially when it is getting darker outside, this is a sight to behold. Truly fitting to this shiny example of exclusive elegance.

Published in the July issue of GQ 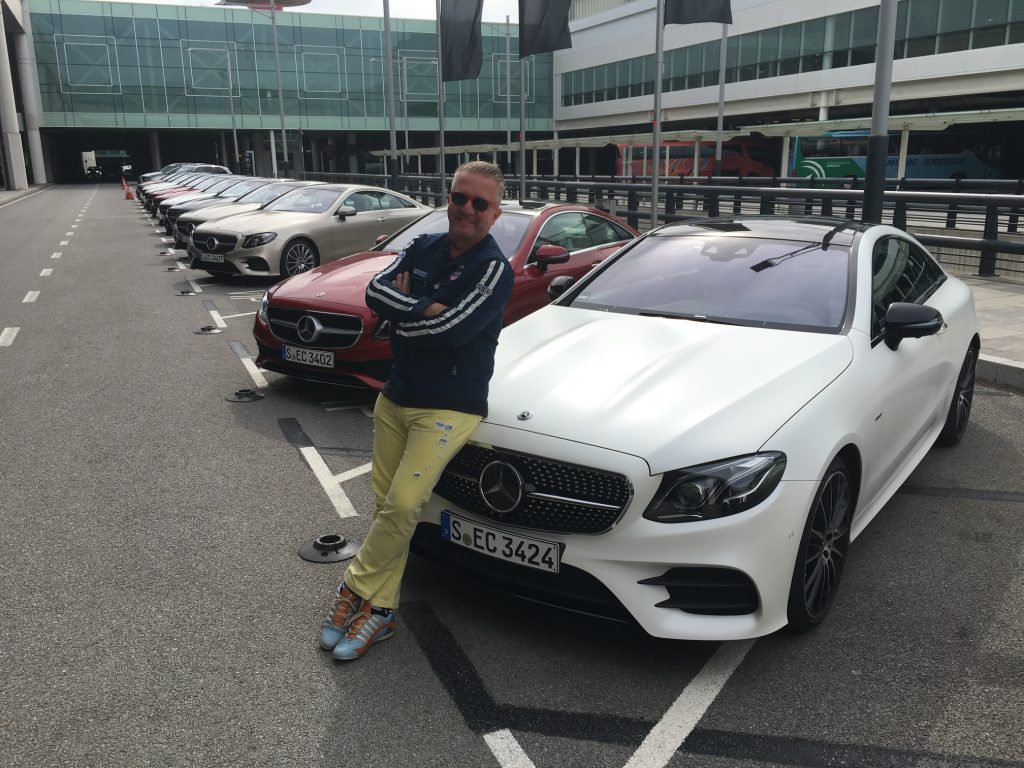